The main wine regions in France 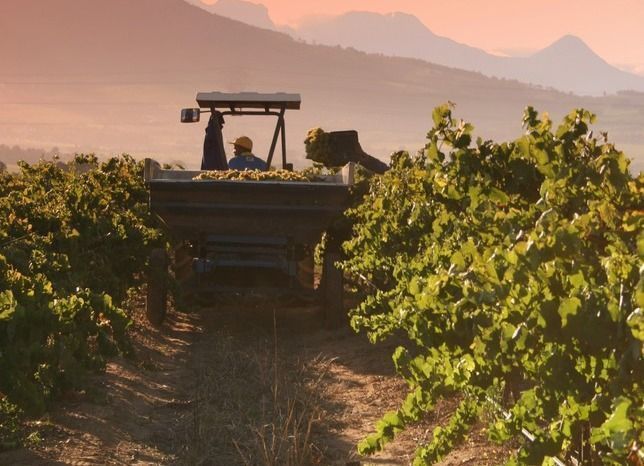 The harvest season is approaching and there is an increasing interest among foreign worker and students to move to France this summer and participate in the collection of the grapes from the Gallic country. To be better informed we bring you some reviews about the most important wine regions in France.

In France about 774,000 hectares are devoted to the production of wine, of which half a million are part of a Designation of Origin (AOP). It is the 2nd country on the surface used for grape grows, just behind Spain. Each year between 45 and 55 million hectoliters (between 1190 and 1450 million gallons) of wine are produced. France is the 1st producer of wine worldwide, alternating with Italy.

In France you can distinguish 13 large wine regions (13 Grands vignobles).

On this occasion, we want to show more details about the 3 regions with the highest production and area dedicated to viticulture in France.

The region is located in 4 different French departments (equivalent to the Spanish provinces):

The Languedoc-Roussillon region is the largest wine producing area in France, ahead of the famous Bordeaux region. It also has the largest area dedicated to vineyards, about 170 thousand hectare (420 thousand acres). This region annually recruits about 20 thousand temporary workers for the harvest.

The Roussillon region, whose main city is Perpignan, is the wine region closest to Spain as it is located on the border of Catalonia. It is located in the department nº 66 Pirineos-Orientales (Pyrénées-Orientales).

The route of the vineyards stretches along the Mediterranean coast from Montpellier to Port Vendres, passing through Carcassonne and Perpignan.

Areas with D.O. (Designation of Origin ) such as Saint-Chinian or Pic Saint Loup, carry out manual harvests. In the region there are vineyards with organic production such as the Domains of the Grange des Pères, Canet Valette, Clavel, Magnon, Mas d’Agalis.

This wine region is located within the following French departments:

Note that the distributions of administrative regions (in French also “regions”), do not match with the wine regions.  Are different concepts.

This region is farther north than Languedoc-Roussillon, which is further away from Spain (about 400 km from the border with Catalonia).

Different vineyard routes run through the region, in the vicinity of the E15 motorway from Nîmes to Valence and Lyon.

Organic wines are produced in vineyards of this region such as: the Richaud, Pouizin, Macagno or Chapoutier domains.

3 – The wine region of Bordeaux

It is located within the French department: 33-Gironde

The city of Bordeaux is the one that gives the name to this famous French wine region known internationally. It is the third largest producer region of wine, and the third also with the largest area dedicated to vineyards in France.

Although it is not the 1st or 2nd French production region, it is nevertheless the largest wine producer with Denomination of Origin, (in French AOP, “Appellation d’Origine Protégée”).

Bordeaux is closer to Spain than the other regions.  Very close to the Basque country (Spanish region). It is quite possible, that in the area of Bordeaux, having more protected designations of origin, it is necessary to carry out the harvest manually, in order to obtain a higher quality wine, than if the harvest was done mechanically. And therefore, more grape harvest workers are required in harvest season.

They are famous for the wine that is produced in their territory the municipalities of:  Pauillac, Saint Julien, Saint Emilion, Saint Estèphe, Pessac Léognan, Pomerol, Médoc.

Also in Bordeaux, organic wine is produced in the vineyards of:  the Château Canet, the Château Barrail Haut, the Château Tertre de la Mouleyre, the chateau des champs des treilles, the château falfas.